Hands on with the Android M Developer Preview

The Android M developer preview launched at Google I/O this year, and while it's clearly in a rough state and aimed at developers, we figured we should catalog whatever differences we could find between it and Android 5.0. The overall UI isn't much different from Lollipop, but Google has used M to tackle a lot of user requests.

We've covered most of the big additions recently, and checked out the in-the-works multi-window functionality in a separate post, but there's a few new things that didn't show up in the official announcements. 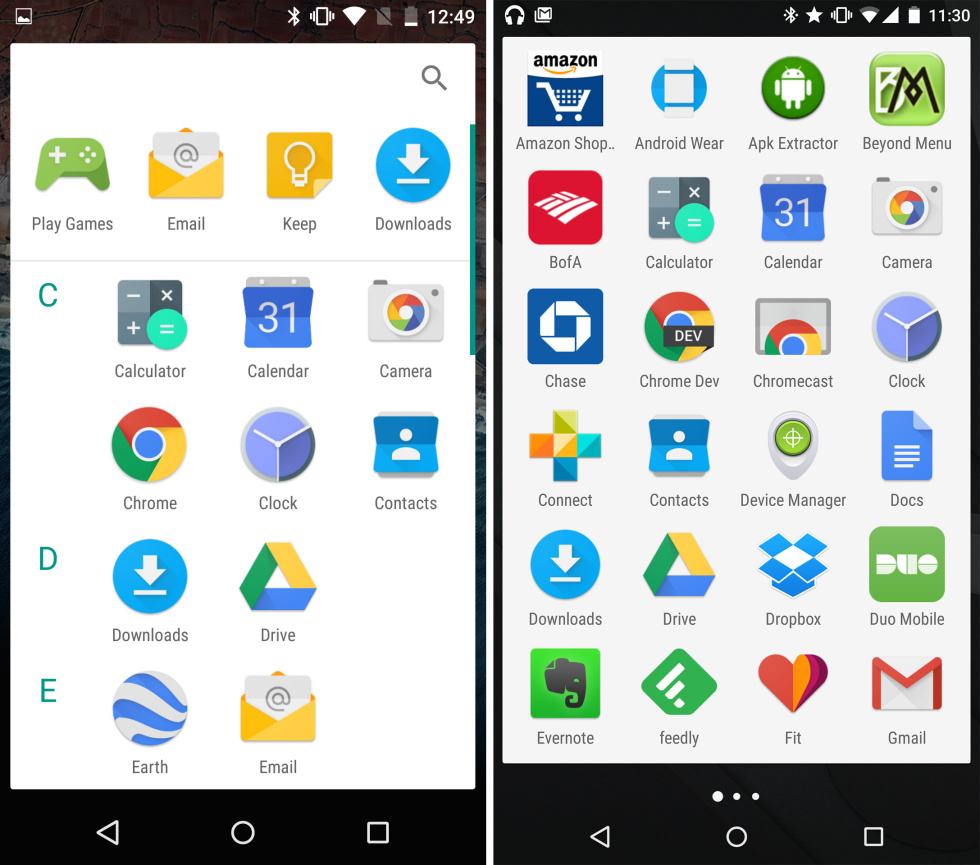 The weirdest part of M is the new app drawer, which puts big index letters on the left side of the screen. It reduces the amount of space for icons, and generally looks ugly. We're not fans of the letters. The switch from horizontal pages back to vertical scrolling is a nice improvement, this makes it easy to fling your way to the bottom of a long app list, instead of having to swipe a thousand times. Vertical scrolling is on the widget drawer too, which would often grow to 10+ pages in Lollipop.

Lollipop's "Heads up notifications," which popped up over top of the screen, lacked user controls, but M allows users to set them on a per-app basis, which will make a lot of people happy. Before it was up to developers to decide if they were important or not, and of course, every developer though they were important. It's also now easy to control Android's three different volume sliders (Notifications, media, and alarms), thanks to a new drop down that shows them all at once.

We also ran into a few intriguing options that we can't use yet. There's setup for what looks like Brillo IoT devices, a mysterious "Inactive apps" screen that doesn't seem to do anything, and a new "Tap & Pay" screen that looks like the beginnings of Android Pay.